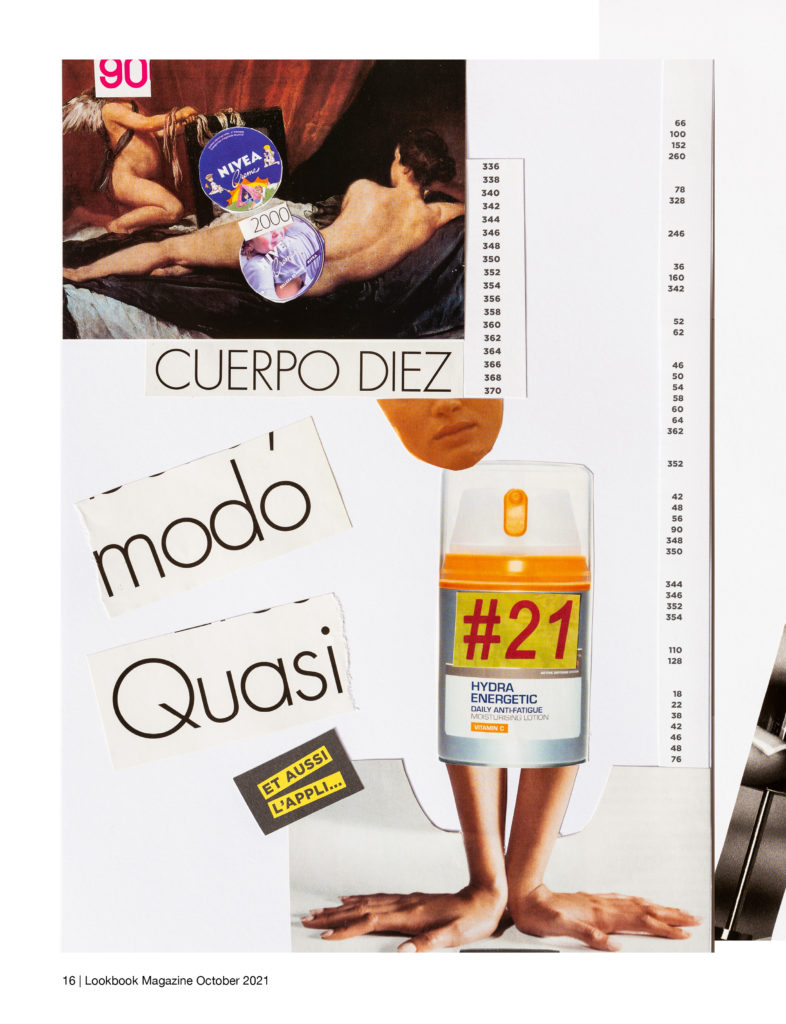 This collage series deals with the preconceived ideas connected to age. It plays ironically with cliches, social constructs, and stereotypes using words, messages, and numbers to fight against this prejudice. Madonna is the clearest example that comes to my mind and that inspired these works, since she was 30 years old, she has been called “old” by the media and public, they have not accepted her behavior since then, because they say: “she is too old for this or for that”. These days, she is still scrutinized even by her fans because of this issue. There are many dimensions of discrimination due to age, for instance, society also puts pressure on young people and assumes they should behave in some particular ways, so they are pointed at because of being different from previous generations. With this collage series, I wanted toexplore all these schemes to break this stigma. 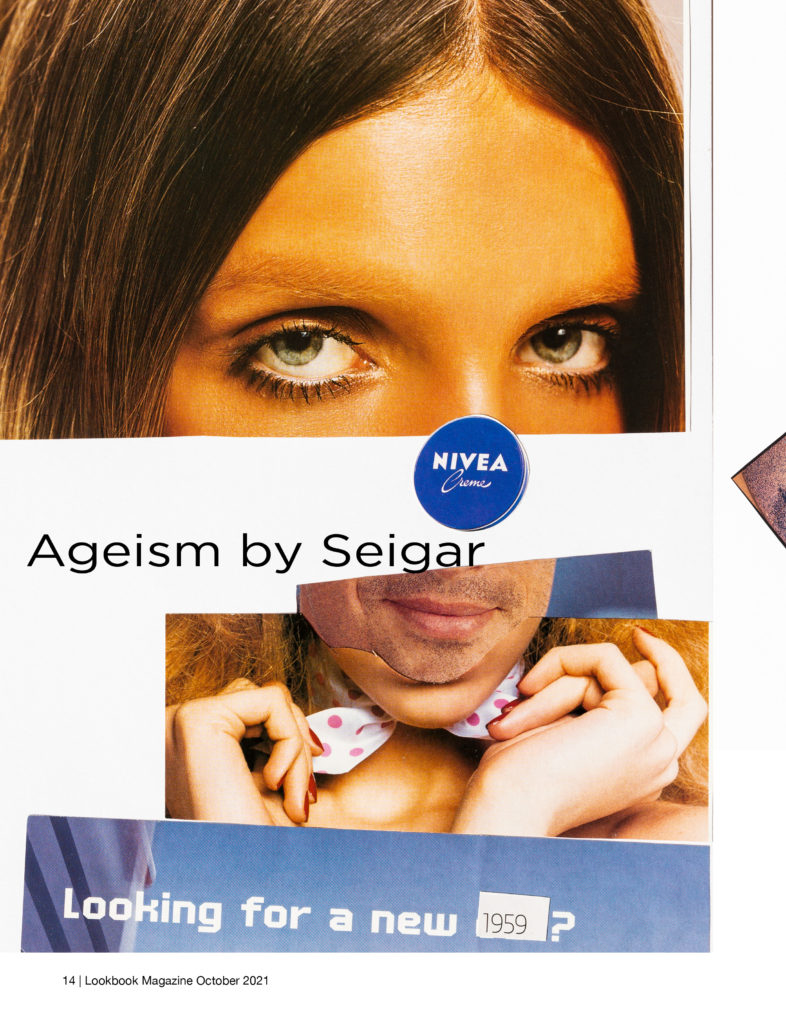 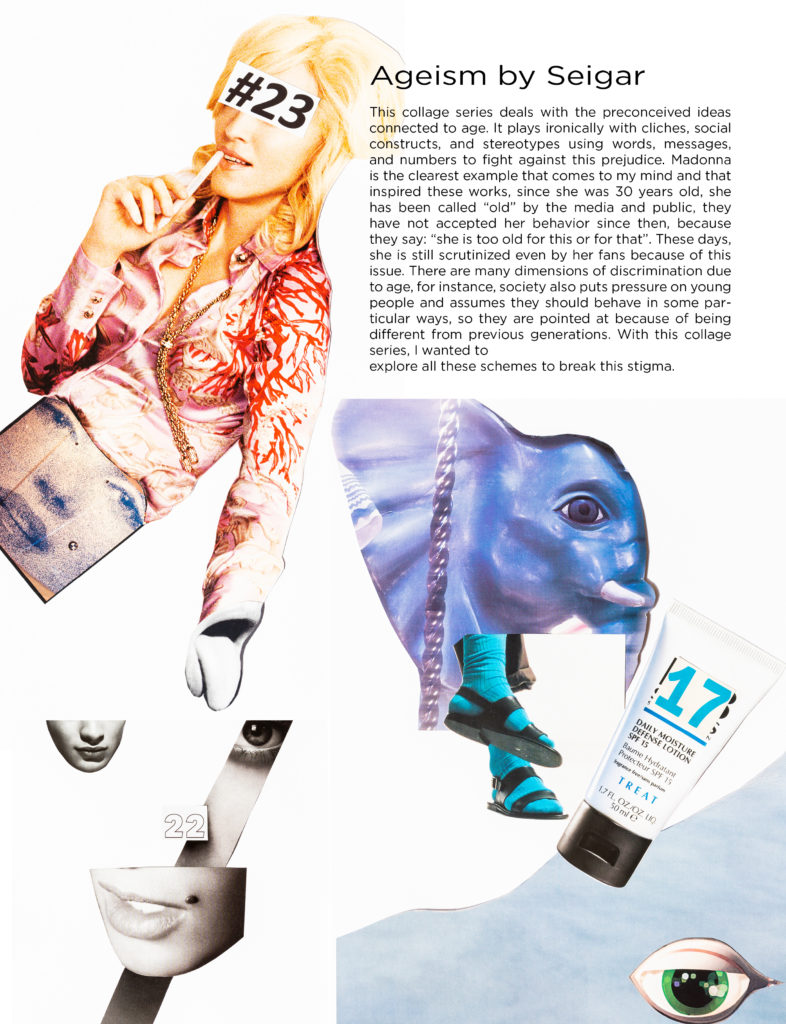 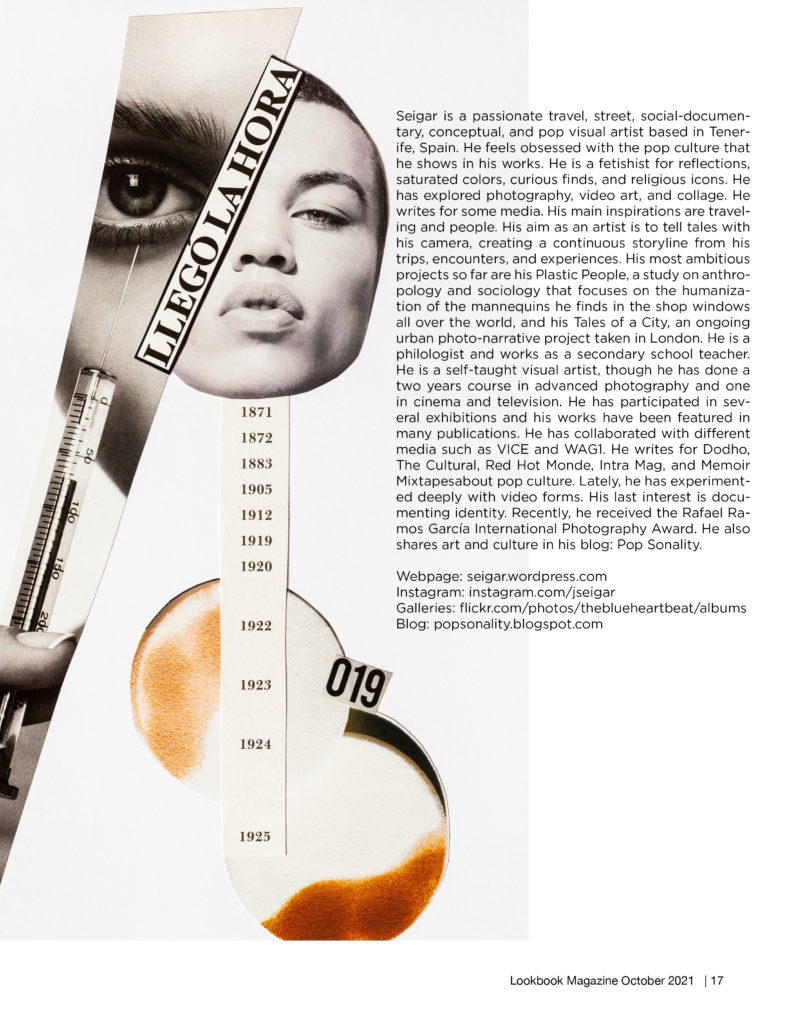